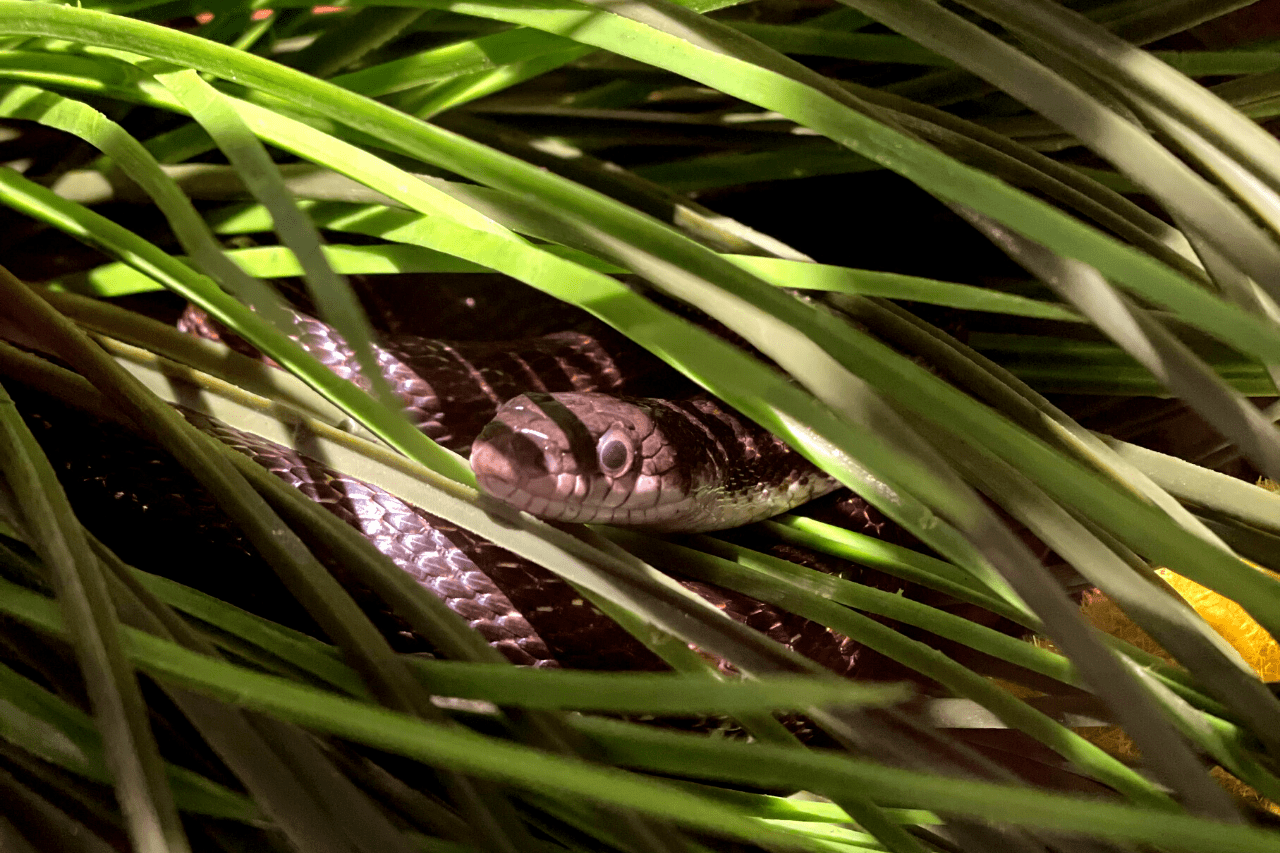 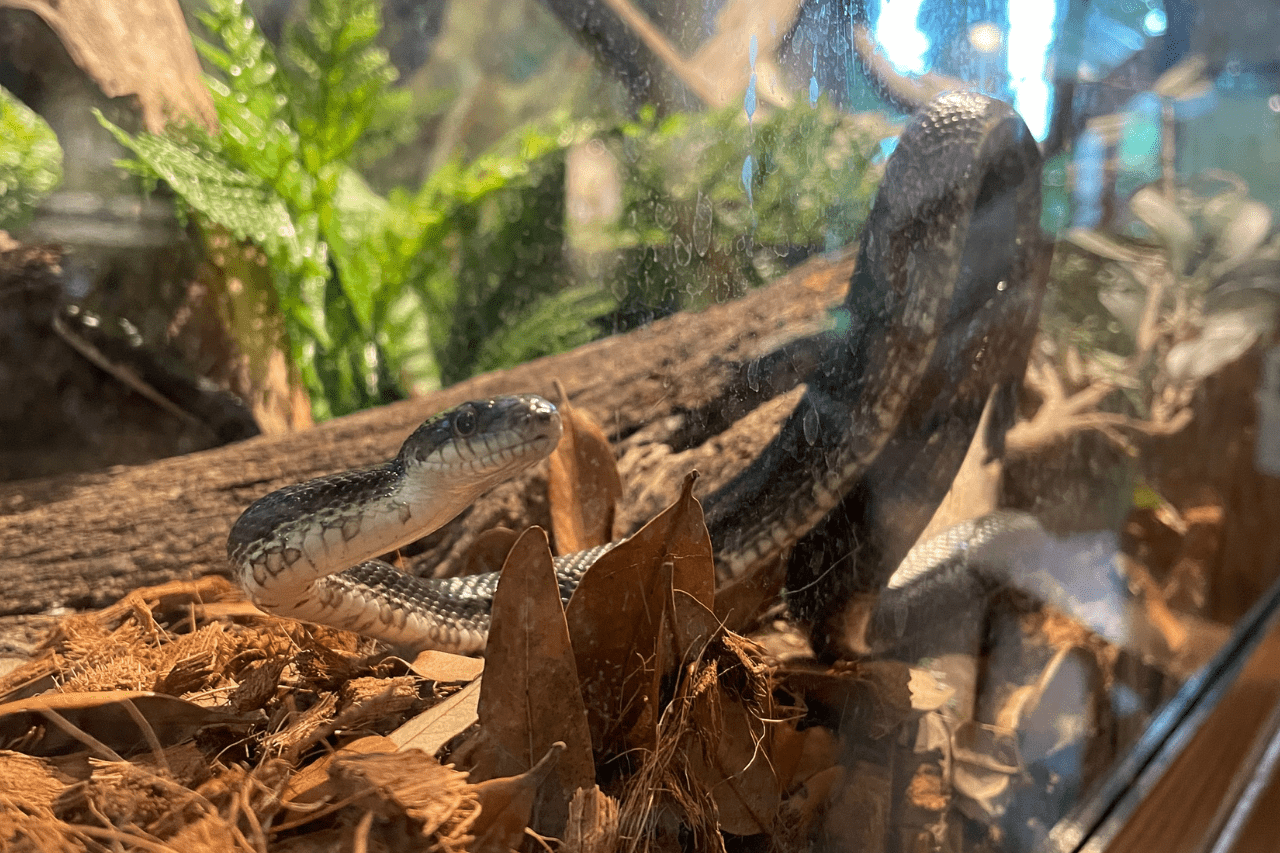 Named by Nature Center fans, these ratsnakes are are almost two years old and will eventually outgrow their current home as they will be up to six feet long each. 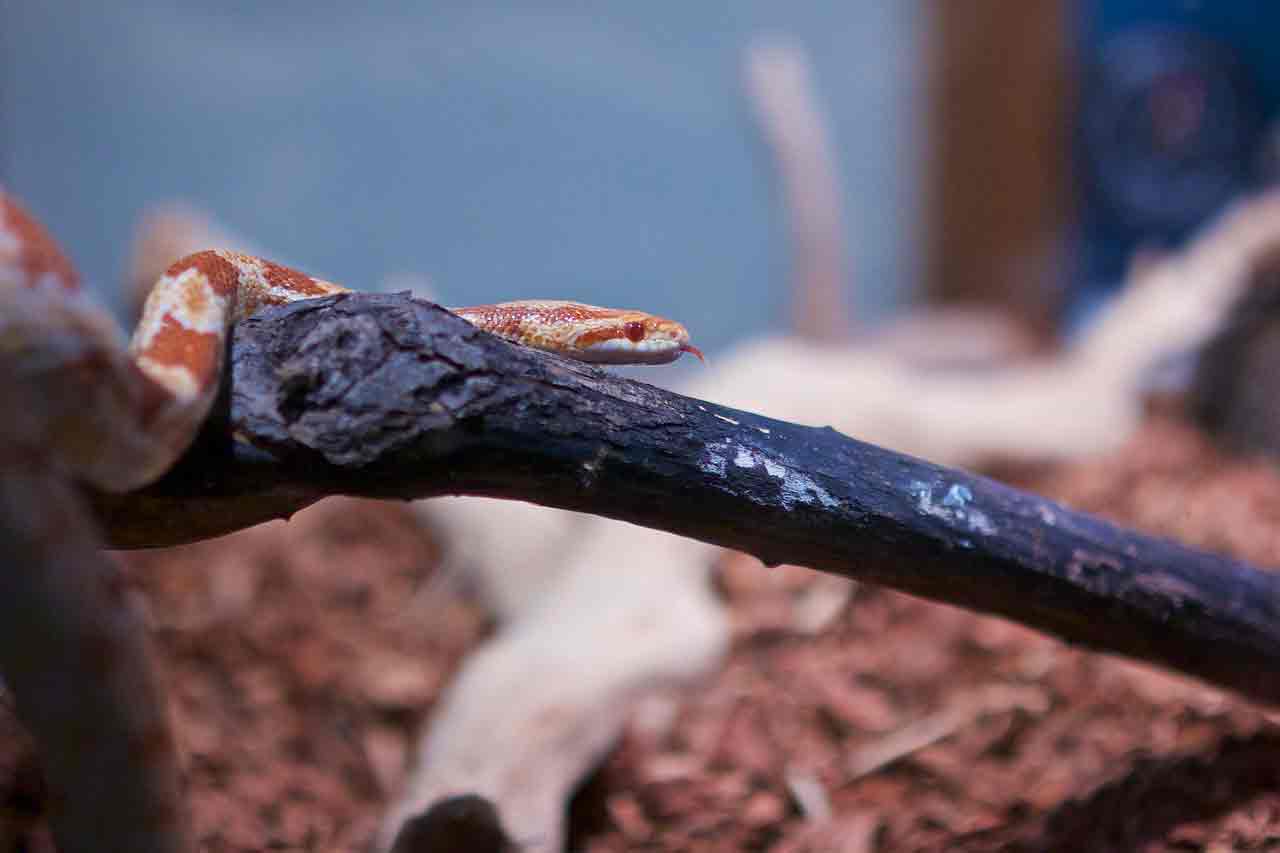 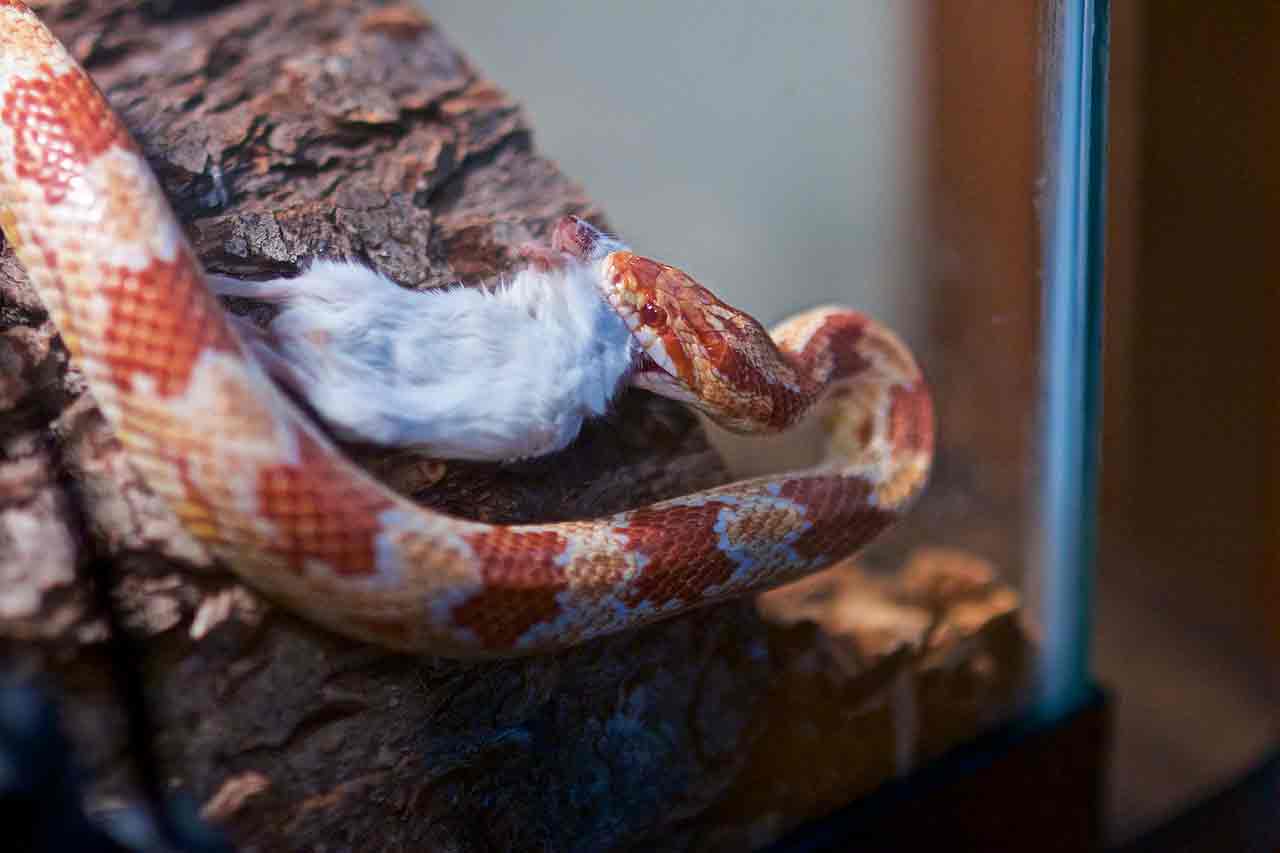 Sunset was born in 2001 in captivity at University School in Shaker Heights. He was given to the Nature Center by Kris Sinnenberg of Shaker Heights and has been here since 2009! 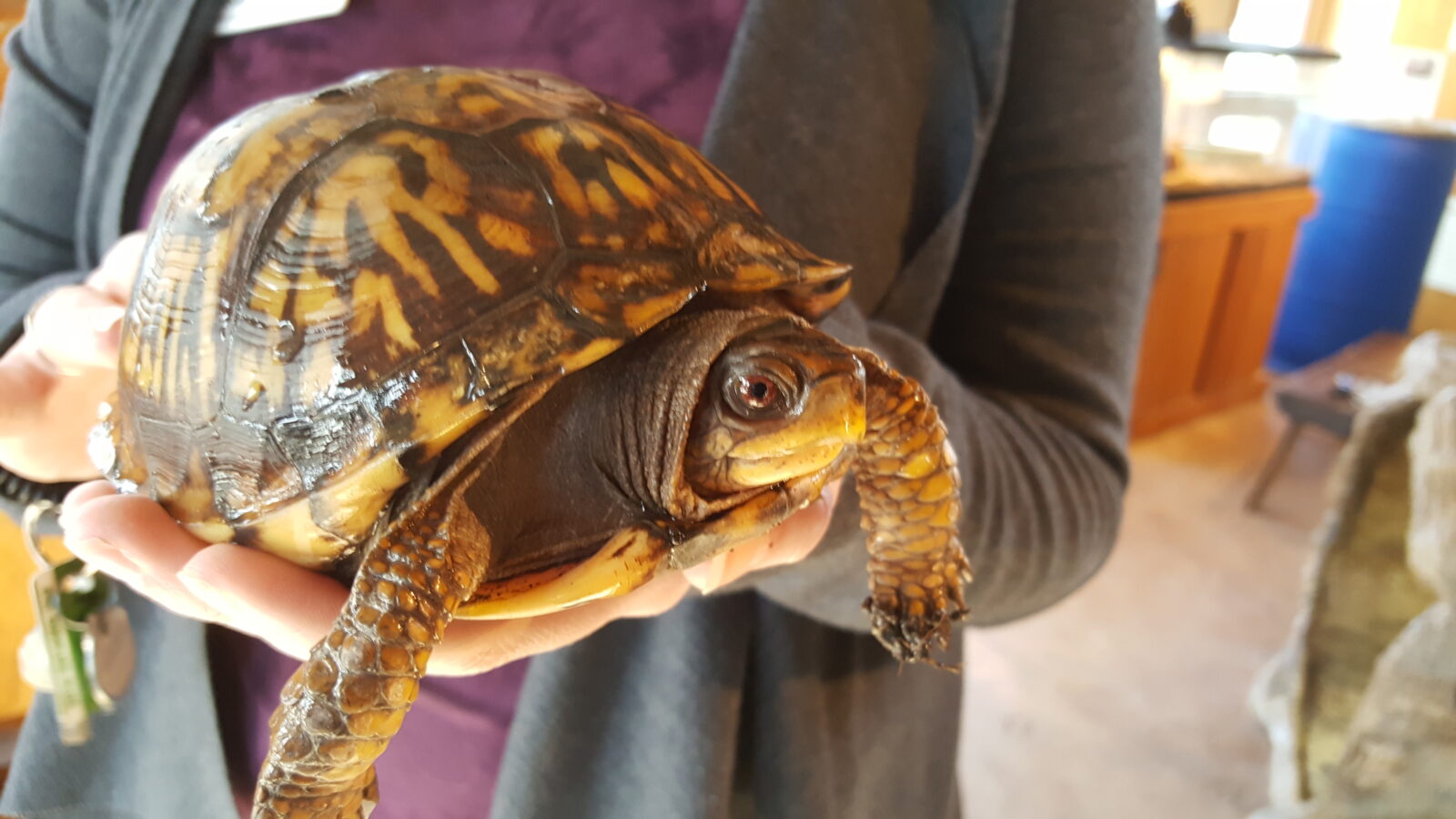 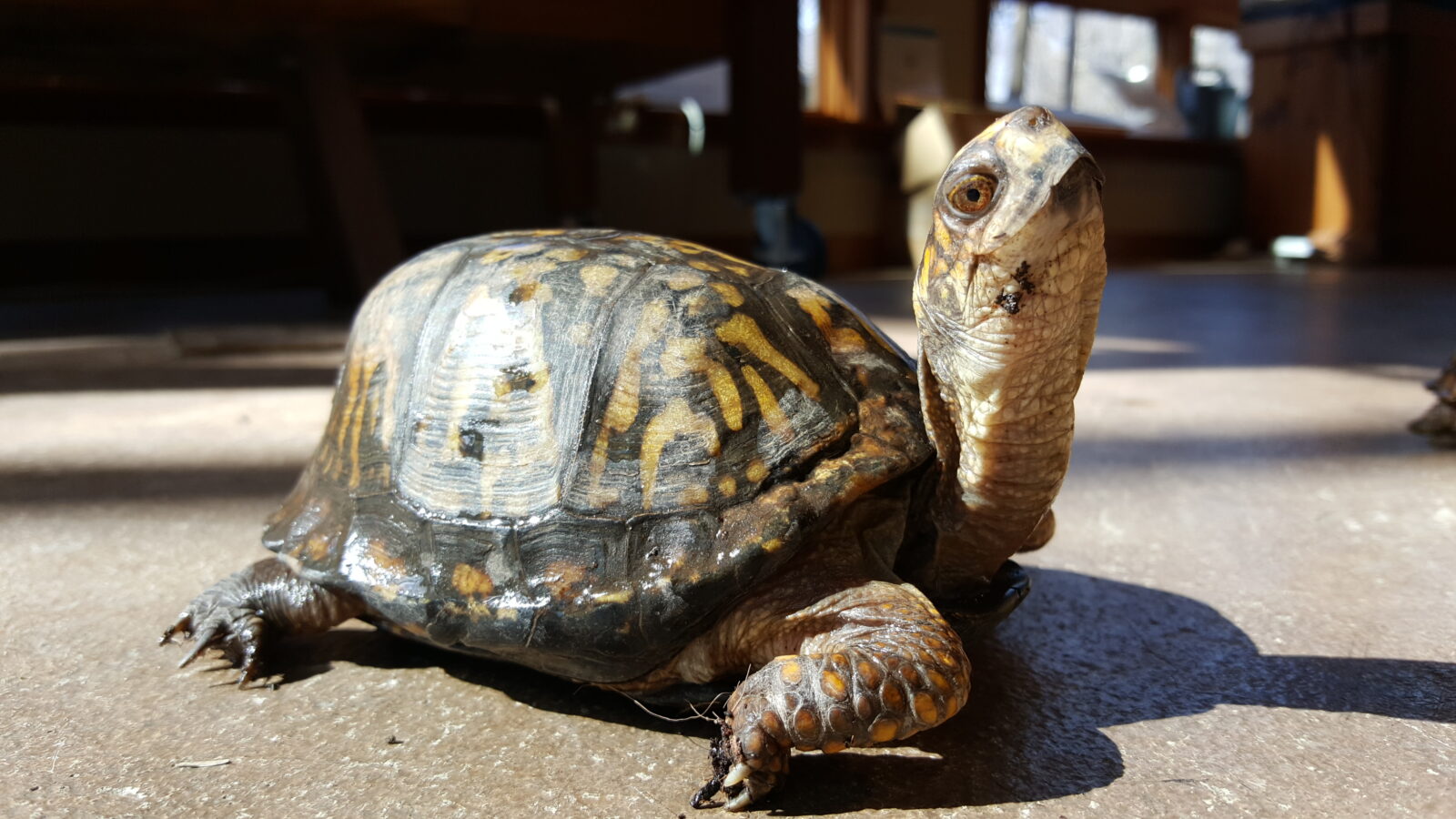 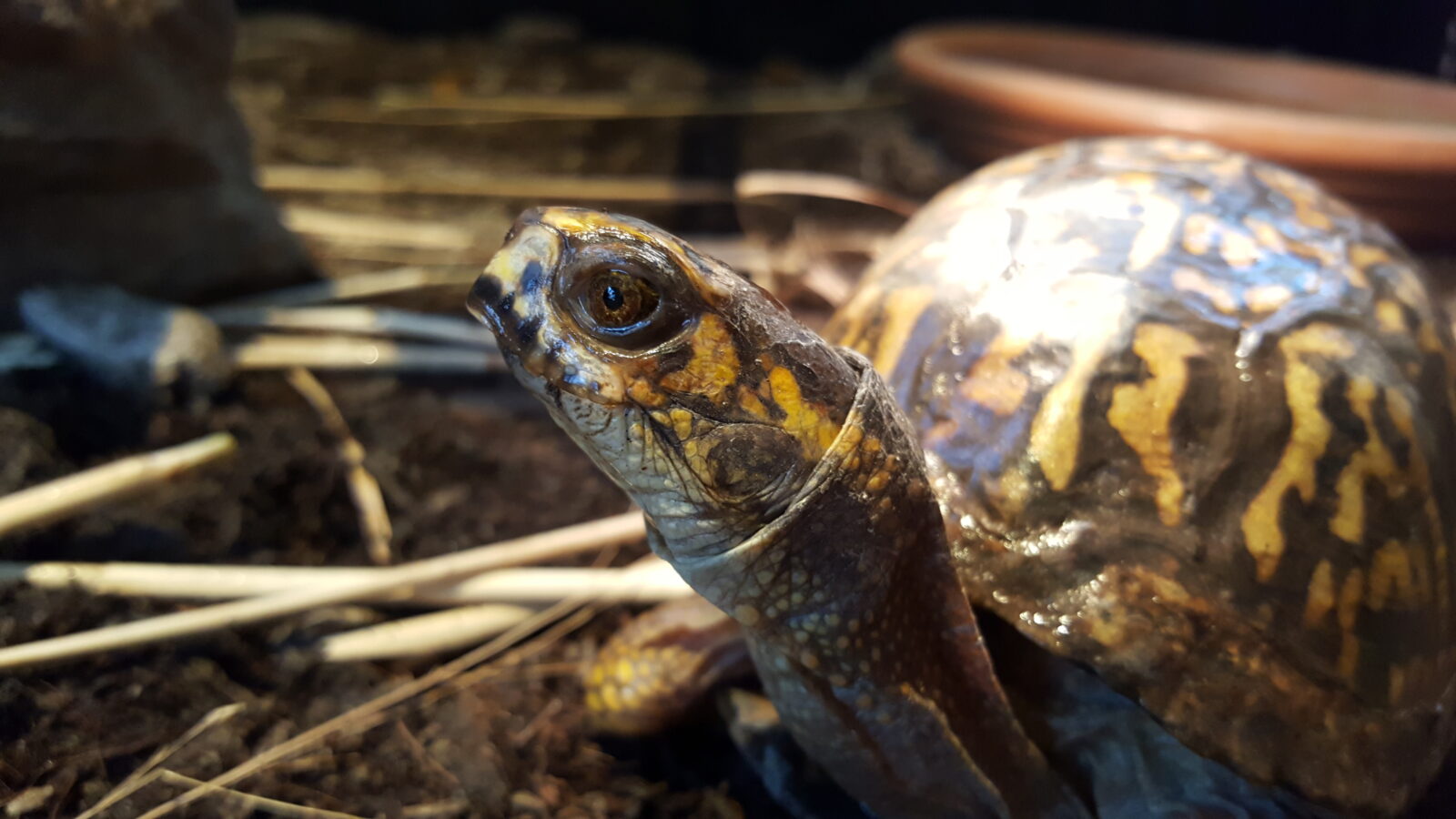 Happy and Tripod are both eastern box turtles that came to us as rescues this past summer from Herps Alive. They are both female, even though Tripod's eyes appear almost red, which is usually an indicator of a male. Tripod is missing one of her back legs (hence the name). She gets along very well on 3 legs and is our champion worm eater in the summer and burrower in the winter. If you don't see her out and about, she may have buried herself.