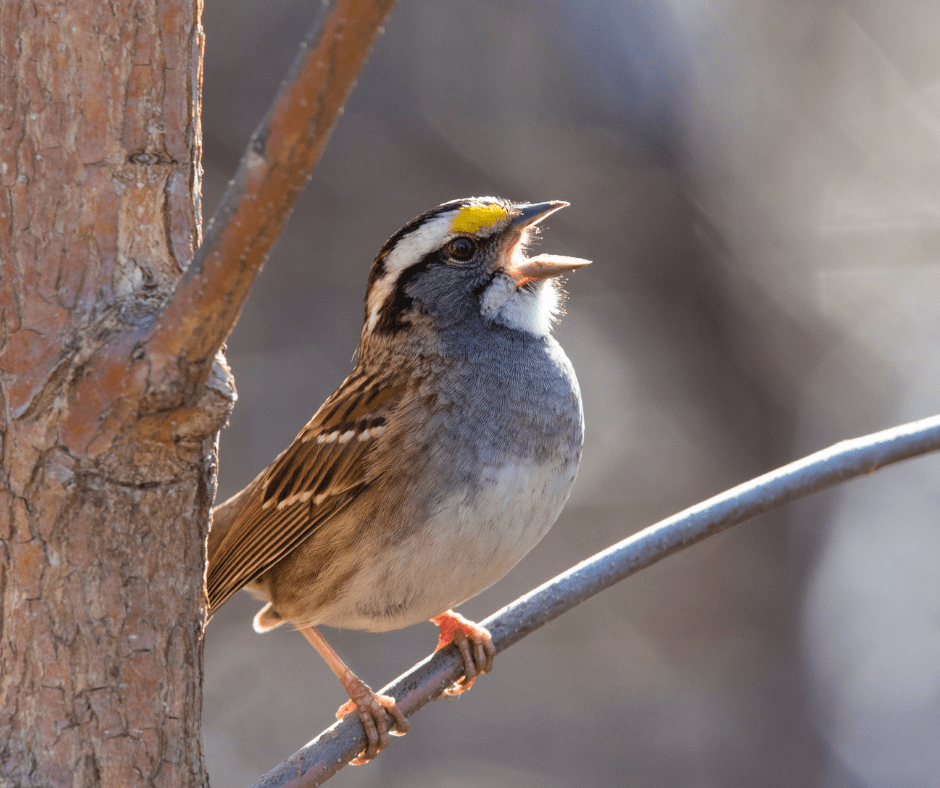 “Oh sweet Canada, Canada, Canada,” is a commonly heard bird song throughout our region’s forests in the spring, but recently, the white-throated sparrow (Zonotrichia albicollis) has changed its tune.

A study published on July 2 in the journal Current Biology shows that some white-throated sparrow males have changed their song to “Oh sweet Cana- Cana- Canada” over the course of just two decades, and like many popular songs, it has gone viral.

With the help of citizens scientists, ornithologist Dr. Ken Otter, University of Northern British Columbia, listened to more than 1,700 recordings of white-throated sparrows and discovered that a new, shorter song has been spreading from central British Columbia 2,000 miles west to Quebec in only 20 years. In order to track the new song, researchers fit 50 male sparrows with geolocators during their seasonal migration. Instead of singing their regular tune, sparrows adopted a slightly more novel song variant to their repertoire. Why?

The hypothesis suggests that females may habituate, or get used to the “same old” song, driving males to come up with new variations to keep females interested. This could explain the rapid spread of the new, jazzier tune, but more research is needed to confirm this hypothesis.

Interested in volunteering to watch birds for the Cornell Lab of Ornithology’s Project FeederWatch at the Nature Center? Sign up for Project Feederwatch this winter and watch birds – FOR SCIENCE: shakerlakes.org/volunteer

This work was supported by the Natural Sciences and Engineering Research Council of Canada, the University of Northern British Columbia, and Wilfrid Laurier University.